A Few Facts About Net Neutrality

What the web might look like if Net Neutrality went away. via @nickbilton by way of @Alyssa_Milano

If you’re reading this then, more than likely, you’re on the internet. And, it stands to reason, if you’re on the internet you probably enjoy using the internet for all sorts of wonderful things, such as looking up fun facts like the average weight of a Beluga Whale or trying to find online photos of your close friends out having some good clean fun.

Net Neutrality, at it’s root, would put into place protections against telecom companies restricting or “slowing down” any information you are trying to access on the web. It means that if you’re on Time Warner Cable they can’t strike a deal with AOL to allow their information to come blazing through their network while narrowing the pipeline on other, less connected sites such as, well this one for example.

Opposing Net Neutrality would be like trying to get a teacher fired for stopping the school bully from beating up the 98-pound weakling. It makes no sense. The government isn’t placing restrictions on the internet, they are trying to ensure that corporations and telecom companies do not limit the amount of content, nor the speed of the content you have access to.

Imagine a world where, in order to turn a larger profit, the telecom companies only allowed 1 out of every 10 personal calls made to you get through. This allows them to make sure the line is clear for telemarketers the 10 out of 10 marketing calls that get through. Sounds pretty stupid right? Well, welcome to the future of the internet without Net Neutrality.

The United States already ranks an atrocious 15th in the world on broadband speeds and price per MBPS, behind such powerhouse nations as Iceland, Portugal, Canada, Poland and Korea.

This has absolutely nothing to do with the government taking away personal freedoms or “controlling information” and anyone who tries to make it about that is simply doing what has been done for the past eight years, preying on people’s fears of the unknown. This has everything to do with keeping the internet a level playing field that doesn’t crap on the little guy.

The internet is the one place that, for little or no overhead, you can create a presence, start building a brand, and depending on your wiles create quite a name for yourself. Try making an impact on the world when you’re site is loading at a snails pace because AT&T’s packets are getting priority to yours every time a page is requested.

We’ve sat idly by for the past 25 years while the government has dismantled or put in place legislation that, for all intents and purposes, has benefited the corporate interests and completely dumped on the people that elected them to office. While we, the people, can rock the vote, we can’t line the wallet nearly as well as corporate lobbyists can.

John McCain’s pathetic excuse for a bill with the horribly misleading name of the Internet Freedom Act is only half right. It should be called Internet Freedom for Corporations to Do as They Please act. That would be a much better description of the bill.

Right now we have the unique opportunity to help protect something we helped to build. We have the opportunity to keep the internet out of the hands of corporate raiders that would use it for nefarious purposes to make themselves even wealthier.

When the automobile industry was run into the ground because of lack of regulation and complete and total greed from the top down, who do you think paid the highest price? How many CEO’s houses do you think are abandoned and up for sale in Detroit? The workers, the common folks, the people who use the internet to let their voices be heard. The people who unite together to form a chorus of information around the world. Free information. Easy to access information.

My website, your website we all have the same playing field as the big guys. Our sites aren’t pushed aside for preferential treatment in search of the almighty dollar. If we stand idly by and allow Net Neutrality to be voted down by corporate shills, we could well be watching our children and our children’s children using a dramatically different, far less revolutionary form of communication. One where all your actions and information is controlled by the people with enough money to buy that kind of power.

And if you want to hear a funnier, more concise take on the issue, check out the Daily Show’s segment on Net Neutrality after the jump. 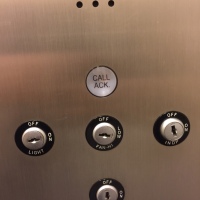 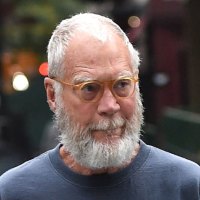